As one of the elements of your home’s thermal barrier set, Roof Insulation helps us in many ways to live a comfortable life in our homes. Your home’s roof is the structural element that protects roof thermal barriers and other structural components of your home. Well, it is pretty simple. Could you live under a leaking roof? Other than running Roof Insulation, a damaged roof/ceiling can deteriorate your health to a greater extent as well. For example, outside dust and other contaminants might invade your home through those structural damages. Well, damages on any structural element can cause serious issues to your health and overall home. OK, let’s understand how roof damages ruin your home’s Roof Insulation now! First of all, water leaking into your attic is the top downside of a leaking roof. As you know, water is a common insulation killer, and after underfloor insulation; thermal barriers in the attic are at the highest risk of getting exposed to water. And, we should also focus on water tanks in attics as well. Most of the attics in Australia hold water tanks, and water could leak through those tanks as well to insulation. Spring is the season that rain is pretty common; hence make sure you inspect the ceiling and roof before this season starts. Waiting until the last minute is a common mistake made by many homeowners today.

Water leaking through roof damages can readily get into Roof Insulation, and depending on the thermal barrier type that you have installed; damages would occur. For example, rigid panel insulation won’t let water to get into its structure, but all other thermal barrier types such as batts, blown-in, and spray-foam insulation will severely get ruined by water ingress. Also, the attic is a place where sunlight doesn’t fall on insulation; hence once water ingress took place; it will take ages for those water to evaporate. So, it is pretty safe to say that severe damages will occur after a heavy rainy season. Even winter can ruin Roof Insulation to a greater extent if structural damages are there on the roof structure. Melting snow will again lead to water ingress in thermal barriers. And, most of the homeowners don’t enter their attics until winter concludes; hence the chance that you will miss this water ingress is pretty high in winter. In summary, water ingress, pest infestations, wildlife entering your attic are the downsides of roof damages. As you know, all those factors get Roof Insulation damaged in the short-term and long run. Anyway, modern thermal barriers resist common insulation killer to a greater extent, but they also come with limitations.

Why Is GB A Full-Service Internal Doors Melbourne Supplier?

Here Is How Cleaning Services Melbourne Saves Your Time And Money Times After Insulation Might Fall Short You Fixing Tasks 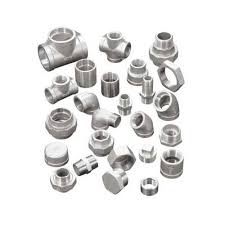 Read This If You Don’t Know The Flange Gasket! The Importance Of Handrail Explained In Detail