Hosted PBX Melbourne (Private Branch Exchange) is a virtual phone system that utilizes multiple IP-PBX or voice over the Internet protocol rather than the conventional phone network. It allows you to make voice calls using the internet rather than from the traditional phone network, thereby reducing your overall call cost.

The host PBX system routes your voice calls through the same phone system, thereby eliminating the need to have a dedicate line. Unlike the standard telephone system, host PBX is manage by a remote server. This server handles the routing of calls and ensures that each call is receive by its designate destination, without having to use a phone connection. As such, the hosting server does not require any phone infrastructure, and it only takes a minimum amount of bandwidth to support the system.

A host PBX has several benefits that make it different from other telecommunication solutions.

For one, it reduces the cost of setting up a dedicate telecommunication infrastructure and reduces the operational costs. Furthermore, it provides real-time customer support services. It eliminates the need for an operator, thereby enabling you to cut costs.

Hosted PBX Melbourne is base on the latest technologies and is known for its reliability, efficiency and features. In fact, a host PBX system is much more reliable than your conventional phone system due to its virtualization approach. 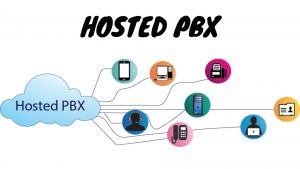 Since a hosted PBX uses VoIP technology. It reduces the number of telephones required in a single system and makes the system highly scalable. Virtualize PBX provides a complete solution which reduces the risk of network interruption, prevents data loss. Reduces the number of dropped calls, and saves valuable resources. It also enables host PBX service providers to make cost-effective changes to the existing system.

The hosted PBX Melbourne system is very flexible and effective.

It is a highly integrate solution, which enables you to create, design and deploy a highly customize communication infrastructure that is highly flexible, scalable, reliable and secure. The host system is fully hosted and does not need any physical infrastructure. Since the hosted system is a virtualized system. Thus, hosted PBX Melbourne has many positive points. Which make it an ideal solution for business professionals looking to build. A high performing telecommunication system and a cost-effective solution to their communication needs.